Key Terminology for Understanding the World of Wine

When you’re just getting started with wine, sometimes it can seem filled with new words and terms. As with anything, it can take a bit to adjust to this new language to get an understanding of what’s being said. Here’s a few popular terms and what they mean.

When you see this, it’s referring to a geographical region where the grapes were grown for the wine. Sometimes it’ll refer to an actual village or vineyard. Sometimes it’s just the general area.

Regardless, the appellation for a wine should give you an idea of where the grapes were grown that went into the wine.

This term refers to the smells that come from a wine. To get the best aromas, try swirling the glass a bit. This forces the liquid to swish around and releases fragrance into the air.

When you put your nose to the glass to smell these fragrances, that’s referred to as the aroma. Typically you’ll have a dominant aroma followed by some subtle aromas.

A lot of wines can have vastly different aromas after they’ve been exposed to air for a while, so it’s a fun little experiment to identify aromas right after pouring and then doing it again after the wine has had some time exposed to the air.

A blind tasting refers to drinking wine without knowing anything about it. Many times in a blind tasting, the bottles will be covered with paper bags. Doing this forces you to judge the aromas and flavors of the wine based on what you’re experiencing instead of any preconceived notions you might have.

You’d be surprised how many people can be influenced by an expensive bottle of wine or dismiss a cheap wine simply because the bottle doesn’t look as nice. A blind tasting throws all of that out the window and focuses on just the wine itself.

There’s typically three types of body for wine: Light body, medium body and full body. The body for a wine doesn’t have anything to do with the flavors you taste, but rather how the wine feels when you drink it.

A great comparison can be found in milk, where you’ll have anything from skim milk to whole milk. It’s all milk, but the thickness of the liquid is different.

In more technical terms, a wine’s body refers to the viscosity of the liquid. More alcohol means more viscosity. So a good rule of thumb is that a wine with 12.5% or less alcohol are light-bodied. Between 12.5 and 13.5% is medium-bodied, and over 13.5% are generally full-bodied wines.

We’ll go out on a limb here and assume you’re human, so you probably know about the concept of breathing. But your lungs give you an advantage in breathing that wine doesn’t. So how does wine breathe?

When it comes to wine, people use the term breathing to refer to how your wine makes contact with air.

How a wine tastes and smells can change, sometimes dramatically, when you expose them to air. This is especially true for wines with a lot of tannin, because this bitterness can smooth out some once exposed to air. Allowing the wine to breathe is one of the primary drivers behind decanting wine, or pouring the wine into a special glass container that will allow the wine to be exposed to air.

Unlike for you and I, breathing is optional for wines. If you’re not sure if your wine would taste better after a chance to breathe, you can always resort to the internet for recommendations.

For a home, a cellar can sometimes be referred to as a basement. And just like many basements turn into storage rooms for homes, a wine cellar is essentially a big storage room. For a winery, barrels of wine can be stored in a cellar for years while it ages.

Since most cellars are underground, this allows for the wine to be stored in a consistently cool temperature for a long period of time.

Not all cellars refer to those at a winery, though. Some wine collectors have their own cellars to store their wine. In this regard, the term doesn’t always refer to an underground basement-type environment, but can refer to something that resembles a refrigerator.

Technically these are more wine coolers than cellars, but they’re sometimes referred to as a wine cellar because like an underground cellar, these coolers allow you to store bottles of wine for a long time while keeping it at a constant temperature.

Wine is essentially made up of grapes. Some wines, though, are made up of a blend of multiple types of grapes. So when you hear about a wine’s composition, that’s referring to the grapes that went into the wine. This is also sometimes referred to as its blend.

For example, you might see a wine’s composition is 25% Zinfandel and 75% Cabernet Sauvignon.

Or maybe it’s composition is 100% Albarino. This would mean there’s only one type of grape that went into the wine.

A cooperative refers to a group of vineyard owners who come together to make wine. This usually happens when the vineyards are too small to actually produce and market the wines on their own. So they band together with other small vineyards to form a cooperative. Grapes from the vineyard are then shipped to the cooperative who, in turn, produces the wine and markets it.

Sometimes cooperatives get a bad wrap because it can be hard to control the quality of the grapes across multiple vineyards. But there’s some great wine that can come out of cooperatives, so if you’re looking for a new wine to try don’t let the fact that it comes from a cooperative slow you down from trying it.

No, a dry wine isn’t a powdered one.

This term can seem a little silly when referring to a liquid, but when you hear someone refer to a dry wine what they’re talking about is the sweetness of the wine. What is the opposite of sweet? Is it bitter? Sour? Salty?

This refers to adding more alcohol to a wine.

As a wine ferments, it starts to transition from regular grape juice into something with alcohol. Sometimes the winemaker wants to add even more alcohol outside the natural fermentation. This can result in a more dry wine since the sweetness of a wine and it’s alcohol content often go hand-in-hand.

When you see fermentation in winemaking, it refers to the amount of time the grape juice sits. For example, many wines ferment in a steel tank for a few weeks before they’re put in barrels and allowed to age. Check out our article on how wine is made to get a better understanding of this process.

Understanding pH levels can get to be complex fairly quickly, but it’s a fundamental element of winemaking. Think back to your high school chemistry class, and you probably learned (and then subsequently forgot) that pH is an abbreviation for “power of hydrogen”. The little “p” being short for “power”, the “H” being the element symbol for hydrogen.

Winemakers use the pH levels to control the wine’s acidity. This can, in turn, affect things such as bitterness and how smooth the liquid feels when you drink it. It’s common for white wines to have pH levels between 3.0 and 3.3 while red wines typically fall between 3.3 and 3.5. By comparison, pure water has a pH level of 7 while battery acid is at 0 pH and ammonia is way on the opposite end with a pH level of 12.

There’s a great post over at the Winemaker’s Academy which offers some more technical details.

A sommelier is someone who knows a lot about wine. But the term usually refers to someone working at a restaurant who’s responsible for pairing wine with the food.

When you sit down for a nice meal at a restaurant and ask for a suggestion on wine pairings, the sommelier is the one who’s responsible for either helping you directly or training the staff to make sure they can make a great recommendation.

Technically, you don’t need to be certified to be a sommelier. It’s more of a job title. If you have the passion to learn a ton about wine, you can get a job as a sommelier. Like any job, though, some sommeliers go to school to gain their knowledge and receive a certification. This can help them get jobs easier.

Being new to wine, tannin can be a hard concept to grasp. Tannin isn’t something you taste, but rather it’s a texture. In wine, anything from the grape skins and seeds to the oak barrels the wine aged in can add to the tannin levels in the wine. If you’re noticing a wine tastes very dry and sharp, that’s the tannin causing your mouth to go dry as the saliva coating inside your mouth goes away.

This is probably one of the more straight forward terms you’ll hear. A wine’s taste refers to the flavors it has. As simple as this seems, it’s an important thing to know because separating the flavors you taste from things like tannins, acidity and aroma is, collectively, what experiencing wine is all about.

Tasting flavors of cherry or blackberry when sipping a red wine is just part of the experience. Next time you’re tasting wine, try separating the tastes from the other experiences and you’ll be on your way to a better wine experience.

The term varietal denotes when a wine comes from a single grape. In other words, a Merlot instead of a Red Blend. There’s a lot of blended wines and even some wines composed of multiple grapes can be a varietal, so let’s break this down using an example.

Here’s where it gets confusing.

The Merlot you see on the shelf can be blended with other grapes. Legally, at least in the United States, a wine must have at least 75% of a grape before it can be called a varietal. So back to those two fictitious bottles. Here’s a couple examples of how the composition can be before the wine is called a varietal:

This is another term that’s fairly straight forward. Vintage refers to the year the wine was made. But where this can get confusing is exactly what year it’s referring to.

We all know winemaking isn’t a fast process. Grapes don’t grow overnight, the juice takes months to ferment and could take years to age. Then there’s bottling, shipping, and sitting on a shelf somewhere until you actually pick it up. In a process that can take years to achieve, what exactly does the vintage refer to?

The vintage refers to the year the grapes are harvested. What about blends? In the United States, 95% of the grapes need to come from that year to have a vintage on the label. Got a wine bottle without a year on it? Your wine is probably made from grapes spanning multiple years that don’t hit that 95% requirement.

For some wines, like Port, a blend of grapes is used across different years. So in the case of Port wines, the year on the bottle is usually an average age of the grapes that go into it rather than a single vintage.

The vintner, also sometimes called the winemaker, is the person in charge of — well, making the wine. The vintner’s role is sort of like the director of a movie. They’re the ones who make sure the pH levels are right, the blends are just right and gives the final call on decisions such as when the grapes are fermented enough and ready to shift from tanks to barrels.

Obviously making a great wine takes a team of dedicated people, but when there’s a decision to be made the buck stops at the vintner. 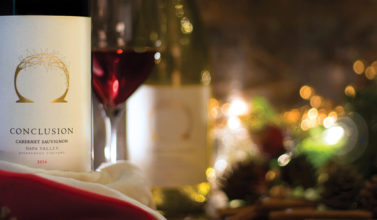 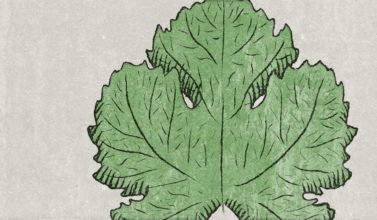 A Quick Guide to Sauvignon... 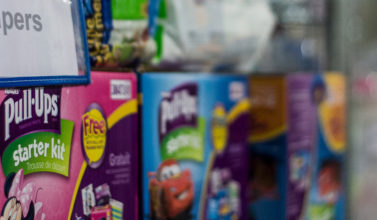